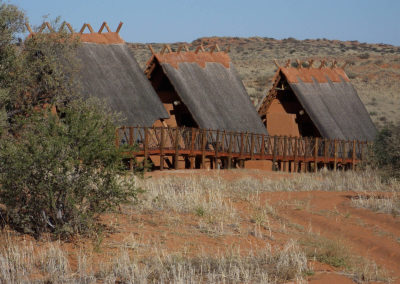 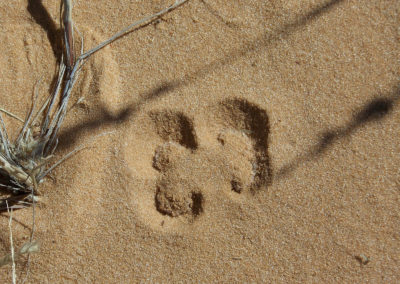 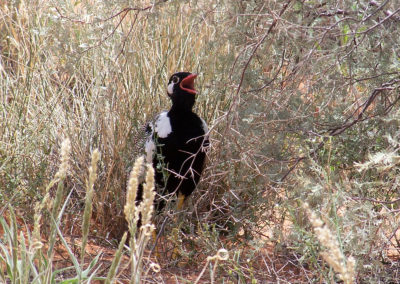 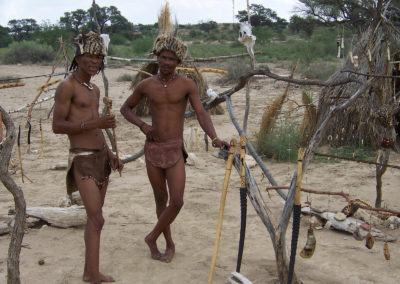 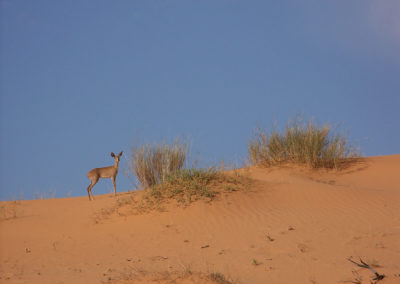 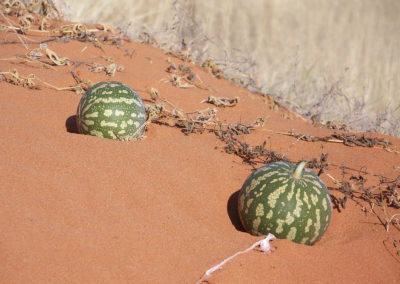 Accommodation is at the more exclusive Xaus Lodge, situated in the Kalahari Duneveld. Game drives are on an open game drive vehicles in the concession area as well as on the normal game drive routes. Additional activities with the San are offered.

DAY 01 Upington – Kgalagadi Trans Frontier Park
Time of departure will depend on clients’ travel schedule to Upington. Flight schedule to be finalised. Only the flights arriving in the morning at Upington Airport, leaves enough time to get to meeting point for Xaus Lodge transfer. (Flight not included)

Check in at reception at Twee Rivieren. Depart on a game drive along the Auob River Valley to Kamqua Picnic Area. Meet Xaus Lodge staff member at 15:00.

Kalahari Tours and Travel guide departs to Kgalagadi Lodge outside the park to save on overnight costs.

Transfer on an open game drive vehicle on 4×4 trail to Xaus Lodge. Xaus Lodge is situated in the western duneveld of Kgalagadi Park in an area that belongs to the Khomani San and Mier Communities and is managed in partnership with South African National Parks. The 12 luxury twin bed thatched chalets overlook Skrij Pan and is connected with a safe stilted walkway to the main building housing the restaurant, swimming pool deck and viewing deck.

Game drives in open vehicles and informative walks with the San are some of the activities offered.
Overnight: Chalet at Xaus Lodge
Meals: B, L & D