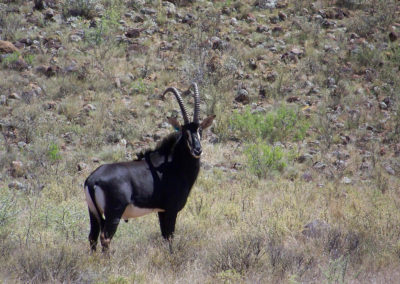 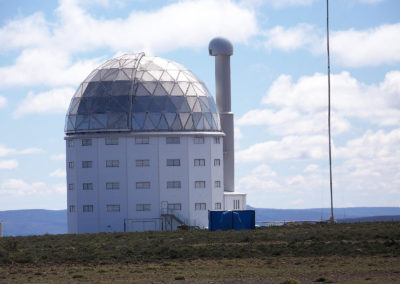 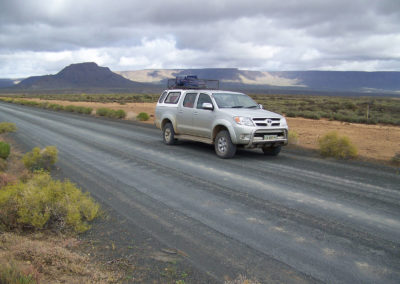 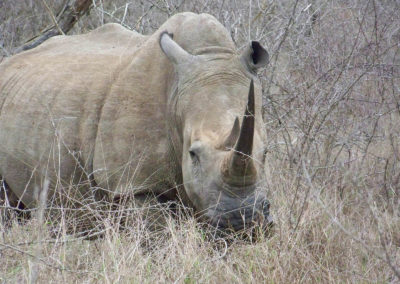 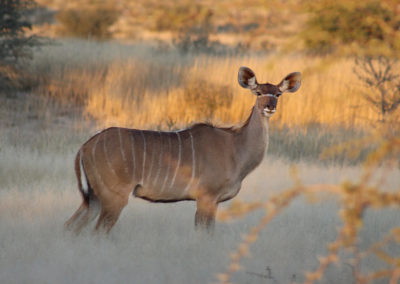 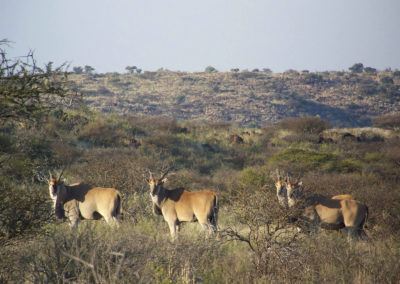 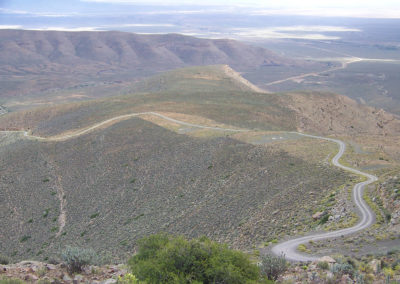 The ideal tour on the ‘Alternative Route’ from Cape Town to Johannesburg. The tour covers the Tankwa-Karoo Desert, stargazing at Sutherland, wildlife and beautiful Karoo landscapes in Karoo National Park, the endangered species and wide variety of other wildlife species of Mokala National Park, Anglo-Boer War Battlefields and intriguing Diamond Rush history and the Big Hole of Kimberley

Depart from Cape Town to Tankwa Karoo National Park. The Park is situated on the southern boundary of the Northern Cape with the Roggeveld Escarpment in the East, Cederberg in the West, and Klein Roggeveld Mountains in the South. This unique national park covers 111,000 ha and is situated within the Succulent Karoo Biome where you’ll find rare and endangered plant species, rich endemic birdlife, and landscapes that will take your breath away – from the sheer cliffs of the Roggeveld Escarpment to the moonscapes of the Tankwa Desert.

Although the park is home to small numbers of red hartebeest, gemsbok, springbok and steenbok and predators such as, leopard, caracal, African wildcat and black backed jackal, sightings are rare. Tankwa Karoo National Park is the ideal destination for those seeking the brightest stars in Africa, a once in a lifetime glimpse of a rare endemic bird or perhaps nothing more than a silence that reaches deep into the soul.
Overnight: Elandsberg Cottage or Camping
Meals: B, L & D

DAY 02 Tankwa Karoo – Sutherland
Travel through the park to exit gate. Depart on back roads to Sutherland crossing the Ouberg Pass, from where one has a panoramic view of the lower-lying Karoo and the Ceres Karoo Mountains about 200km away.

Sutherland, the coldest place in South Africa, is situated on the Roggeveld Plateau 1450m above sea level and is known for its clear night skies and cold, biting winters. With weather conditions like this Sutherland is home to the world-renowned South African Astronomical Observatory. The site houses ten telescopes, one being SALT (Southern Africa Largest Telescope). SALT is the largest single, optical telescope in the southern hemisphere, with a hexagonal mirror, 11 metres across. SALT is housed in a dome seven storeys high.

Other attractions are the NG Church, which was occupied by British troops during the Anglo-Boere War and the Louw Museum, which is the birthplace of two famous Afrikaans poet writers, NP van Wyk Louw and W.E.G Louw.

Stargazing with telescopes at a private venue at own costs. Pre-bookings necessary.
Overnight: Kambro Kind B&B or Camping
Meals: B, L & D

DAY 03 Sutherland – Karoo National Park
Do a guided tour of the observatory including a visit to SALT. Depart to Fraserburg. This area is known for important fossil discoveries of which some is exhibited in the old parsonage museum. Other visits can include the unique six-sided structure the Pepperpot and the old power station where the seven Lister Blackstone engines may still be seen and well maintained colonial style houses.

The Karoo National Park has a wide variety of endemic wildlife. Many species have been relocated to their former ranges – such as Black rhino and Cape buffalo, as well as Cape mountain zebra. The park is also home to Red Hartebeest, Black Wildebeest, Eland, Burchell’s Zebra, Kudu, Springbok and Klipspringer. Carnivore species include lion, brown hyena, caracal, bat-eared fox, Cape fox, aardwolf and African wildcat

Over 20 breeding pairs of black eagle find sanctuary within the park and large numbers of lesser kestrels are summer visitors. Karoo Korhaan, Ludwig’s Bustard and Namaqua Sandgrouse are common residents. There is also a wide diversity of succulent plants and small reptiles.

Depart on a short afternoon game drive on the Lammertliesleegte Loop

DAY 04 Karoo National Park
Depart on a scenic game drive. The return route is via the scenic Klipspringer Pass.

Do a short informative walk in the early afternoon on the 300 m long Fossil Trail. This impressive collection of whole skeletons, skulls and bones are the remains of extinct Karoo wildlife from some 255 million years ago during the Permian Period. The displayed fossils belong to a group of mammal-like reptiles called Therapsids, which gave rise to modern mammals.

DAY 05 Karoo National Park – Mokala National Park
Exit the Park and continue to Beaufort West, which dates back to 1818 and is the birthplace and hometown of the late Professor Chris Barnard, the famous heart surgeon who performed the first successful human-to-human heart transplant.

Depart north to Mokala National Park. Mokala National Park is South Africa’s newest park and is situated 80 km south of the diamond city Kimberley in the Northern Cape Province. The land of the previous Vaalbos National Park near Barkly West was handed back to local people and in a huge operation more than 800 head of game was trans-located from Vaalbos to Mokala. The grassy plains studded with camelthorn trees and isolated dolerite hills give Mokala a typical African feeling.

Various bird species, including a white-backed vulture breeding colony numbering 200 birds and many lizard species can be seen in Mokala and leopard tortoises are common sightings in summer.

Optional activities at own cost include sunset/night drive and San rock art drive with an open vehicle and a Sanparks guide. Activities have to be booked in advance at reception.
Overnight: Chalet at Mosu Lodge or camping at Motswedi Camp Site
Meals: B, L & D

DAY 07 Mokala – Kimberley
The duration of the morning game drive will depend on clients’ departure schedule from Kimberley. Depart to Kimberley. If time allows and clients are interested we can visit one or more of the Anglo Boere War Battlefield sites en route.

A visit to Kimberley has to include a tour of the Big Hole and recently renovated Kimberley Mine Museum. The Big Hole is the largest hand-dug excavation in the world and the Mine Museum takes one back to a diamond-digging era more than a hundred years ago.

Visit Kampher’s Dam where greater flamingoes and the largest population of lesser flamingoes in Southern Africa, numbering about 25 000, are residents. Drop off at the airport or at accommodation. (Accommodation and flight not included)