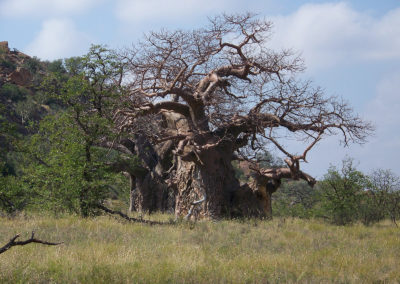 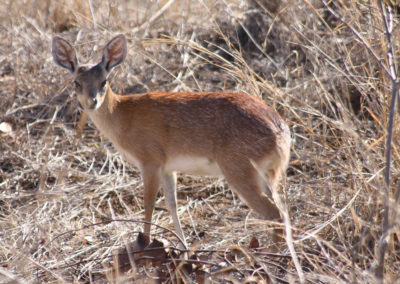 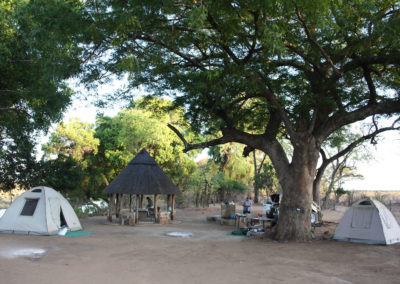 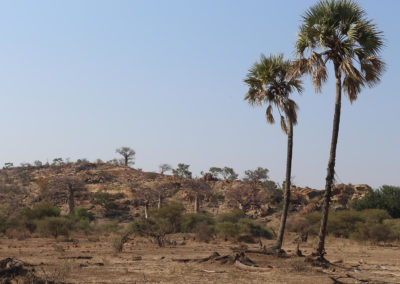 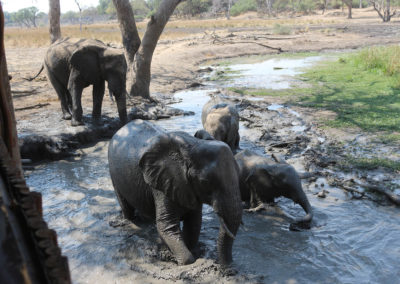 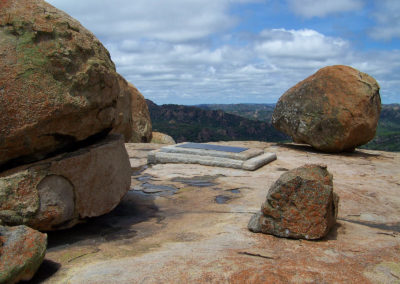 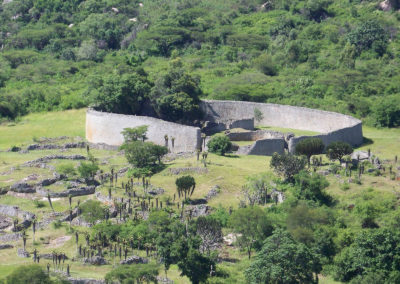 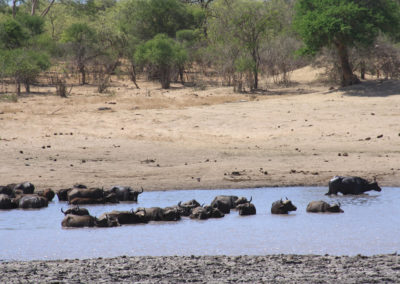 DAY 01 Johannesburg – Mapungubwe National Park
Time of departure will depend on clients’ travel schedule to OR Tambo International. Flight schedule to be finalised. (Flight not included)

Depart from Johannesburg via Polokwane to Mapungubwe National Park, passing the Venetia Diamond Mine, located within the 360 square kilometre Venetia Limpopo Nature Reserve, bordering on Mapungubwe National Park. Mapungubwe Park is situated in the most northern corner of South Africa and borders on the confluence of the Shashe and Limpopo rivers and is neighboring Botswana and Zimbabwe. Agreements have been signed between South Africa, Botswana and Zimbabwe for forming the Greater Mapungubwe Trans Frontier Conservation Area.

Mapungubwe National Park and World Heritage Site is rich in biodiversity, great scenic beauty and the cultural importance of the archaeological treasures of Mapungubwe.

At Mapungubwe Hill, a far developed African civilization prospered between 1200 and 1270 AD. The area was already inhabited by a growing Iron Age community from 900 AD and became rich through trade with faraway places like Egypt, India and China. This is the place where archaeologists excavated the famous golden rhino and other evidence of a wealthy African kingdom.

Elephant, giraffe, white rhino, eland, gemsbok and numerous other antelope species, lion, leopard & hyena roam free between the three countries and the park is home to 400 bird species. The Limpopo Tree-top Boardwalk and hide is a magnificent facility allowing the visitor into the trees alongside the birds.

Depart on a scenic game drive in the eastern section of the Park. This is one of the most scenic drives in any park in Southern Africa. Some landscapes are breathtakingly scenic and promote the ambience and mystique of this park. Very large baobab trees are along this way, which contribute to the beauty of this area.

Visit the Treetop Boardwalk in the riparian fringe of the Limpopo, which is of prime importance from the point of view of conservation. It is a dense vegetation community with a closed canopy which occurs in the rich alluvial deposits along the river. The most striking trees in this community are fever trees, ana trees, leadwoods, fig trees and acacias. The Limpopo floodplain has allowed some trees to grow to massive sizes. Nyala berries and Ana trees can get particularly big.

Continue to the View Point at the confluence of the Limpopo and Shashe Rivers.

Proceed on scenic game drive to the Interpretive Centre. With the Park’s UNESCO World Heritage Status, an amazing building (that won World Building of the Year in 2009’s World Architectural Awards) has been constructed that houses a museum section with many of the artefacts uncovered in the park, including the Golden Rhino, are on display

Depart to the Western Section of the Park. Check in at accommodation nestled in Limpopo Riparian Forest, which offers excellent birding. Bushbuck are common residents in and around the camp and the surrounding area is known for leopard sightings they can be heard calling at close proximity at night.

Depart after breakfast on a game drive until noon. Spend some time at the Maloutswa Bird Hide overlooking a waterhole. It offers a lovely location from which to view birds and mammals of all kinds.

Depart after breakfast to Pontdrift Border Post (if open) or Platjan Border Post. Enter Botswana and continue to Selibe-Pikwe via the Tuli Conservation Area, situated in the easternmost corner of Botswana, where the country meets its neighbours Zimbabwe and South Africa and at the confluence of two great rivers, the Limpopo and the Shashe. It forms a key part of the proposed Greater Mapungubwe Trans Frontier Conservation Area.

The Reserve is shared between private landowners and local communities. The area is home to a diverse range of wildlife, renowned for its Tuli elephants, the largest elephant population on private land in Africa and is recognised as an Important Bird Area with over 350 species recorded.
Wildlife may be encountered along the main road in this area.

The Park includes an Intensive Protection Zone where a large population of Black and White Rhinoceros are successfully breeding. The Park offers a diverse package of tourist attractions and activities.

The park is situated in the magnificent Matobo Hills, a range of domes, spires and balancing rock formations which have been hewn out of the solid granite plateau through millions of years of erosion and weathering. The majestic and rugged terrain of the park is a hiker’s paradise and the diversity of the vegetation supports a wide range of wildlife.

Matobo meaning ‘bald heads’ was the name chosen for the area by the great Ndebele King, Mzilikazi. He is buried in the Matobo Hills just a short distance from the park. Matobo National Park is also the site of the grave of Cecil John Rhodes. He is buried at the summit of Malindidzimu -‘ hill of benevolent spirits’. He referred to this hill as having a ‘View of the World’. A short walk from the parking lot will lead the visitor to his grave, which is carved out of the solid granite hill and surrounded by a natural amphitheatre of massive boulders.

The Matobo area has great spiritual and cultural significance to the local people and there are many sites within the park where important ceremonies still take place.

The richness of the Park can also be seen from the diverse bird life. The park is famous for its large concentration of black eagles, which can be seen perched atop the rock formations or soaring along the cliffs in search of prey. Bird species that can be found include, fish eagle, martial eagle, francolin, secretary bird, weavers, pied crow and Egyptian geese.

DAY 07 Matobo – Great Zimbabwe
Depart to Mashvingo. Continue to Great Zimbabwe. The Great Zimbabwe Ruins are one of the most important archaeological sites in Africa, giving testimony to the lost civilisation of the Shona.

A great city existed here from the 11th century on, with over 10 000 inhabitants. Great Zimbabwe was a main regional trading centre, its wealth associated with (Arab) gold trading. There were also trade links with East Africa and fragments of Persian and Chinese pottery has been found at the site.
Arab and European travellers in the 16th century sent marvelling reports home about this place and its impressive stone walls. The site was abandoned in the 15th century because of a lack of food and firewood.
Overnight: Room at Great Zimbabwe Hotel (Guide camps) / Camping at Great Zimbabwe Campground
Meals: B, L & D

Three major rivers, he Save, Runde and Mwenezi, cut their courses through the Park, forming pools and natural oases from which hundreds of species of birds and wildlife gather to feed and drink. As its name implies, Gonarezhou is famous for its elephants, and many of the largest-tusked elephants in the region maybe found within the Park. Lion, leopard, cheetah (including the rare king cheetah), buffalo, giraffe, zebra and many species of large antelope are also present within the Park. The rare nyala and smaller suni are two of the highlights of the Park’s smaller antelopes. In addition, hundreds of species of birds may be spotted in the Park.

One of the most prominent natural features of Gonarezhou National Park is the beautiful Chilojo Cliffs. These magnificent red sandstone cliffs have been formed through erosion and overlook the scenic Runde River Valley.

Enter the park and continue to Chipinda Pools Campground. In the north-western section of the park. Elephants are regular visitors to the campsites.
Overnight: Safari Tents (Guide camps) / Camping at Chipinda Pools
Meals: B, L & D

DAY 11 Gonarezhou National Park
Depart to the Mabalauta Runde River in the south-west. Check in at Mabalauta Campground.